Here we have a home designed and built 63 years ago (1947) by the Walker Art Center in Minneapolis (designed by William Friedman and Hilde Reiss, Walker staff members, and local architect Malcolm Lein). It was part of a program to demonstrate the museum director’s “art-in-use” belief that a house should be art and that art could be functional.
In 1948, Life magazine selected an average American family to live in the house and provide feedback on modern living. The Stensrud family (Rockwell, Janet, Susan & Rocky Jr), moved from their conventional home to live modern for a week.
Even though they had issues with some elements of modernism, such as not enough decoration, it seems that they were taken by the openness and the connection with the outdoors. It made them realize that their traditional home was poorly planned with dark, boxy rooms.
What I like about this house is that there are no futuristic gadgets or unobtainable materials. It is a straightforward demonstration of what modern architecture in houses could be. It’s a shame that got lost somewhere.
I wonder if this could be done today? It seems strange, but an average 21st Century family living in a traditional home would probably have the same experience if they lived for a week in a modern house.
Enjoy the pictures and the articles below. The first set is from the Oct. 18, 1948 issue of Life with photos by Joseph Scherschel. The second set comes out of McCall’s Book of Modern Homes (1951).

Click on the pics for the whole set on Flickr, where you can view much larger versions: 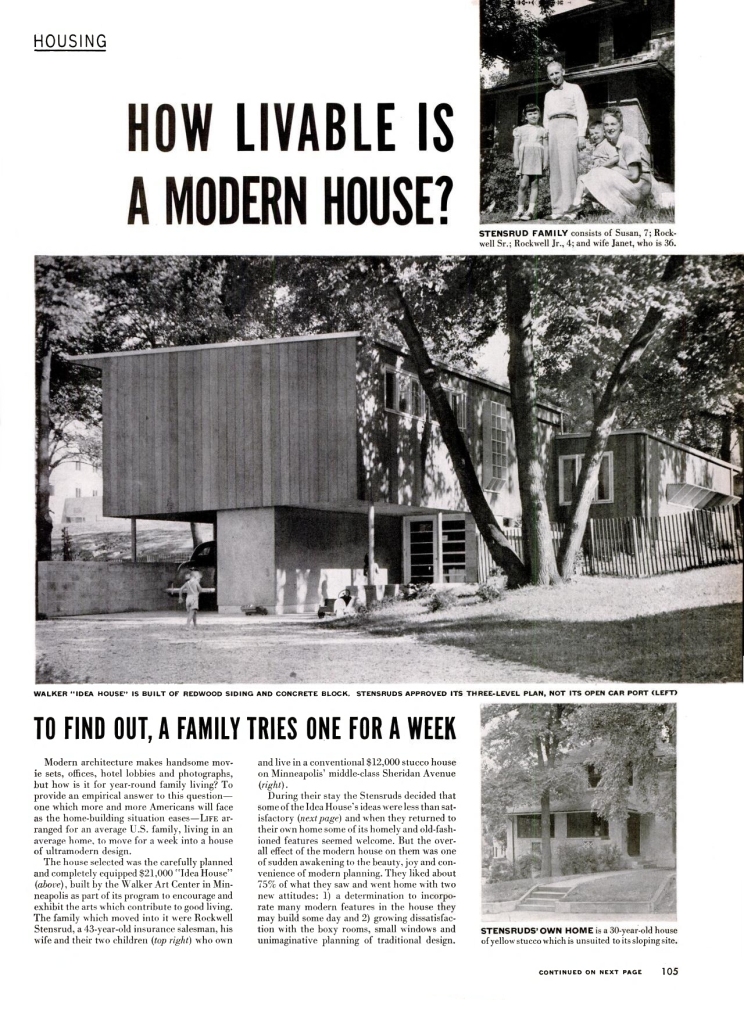 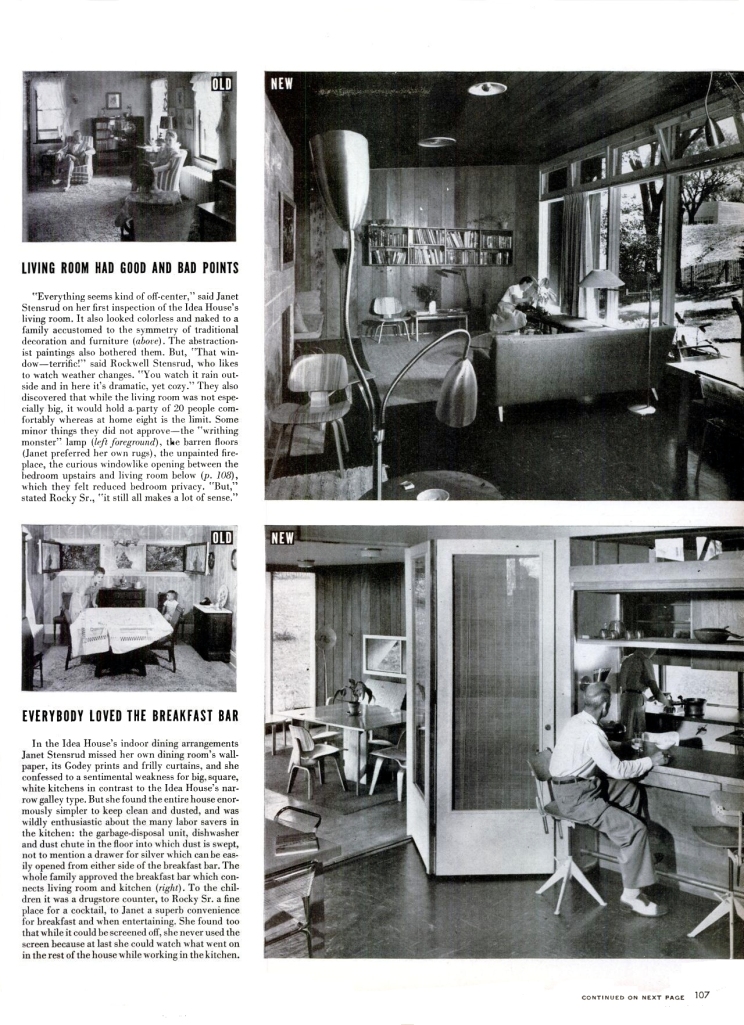 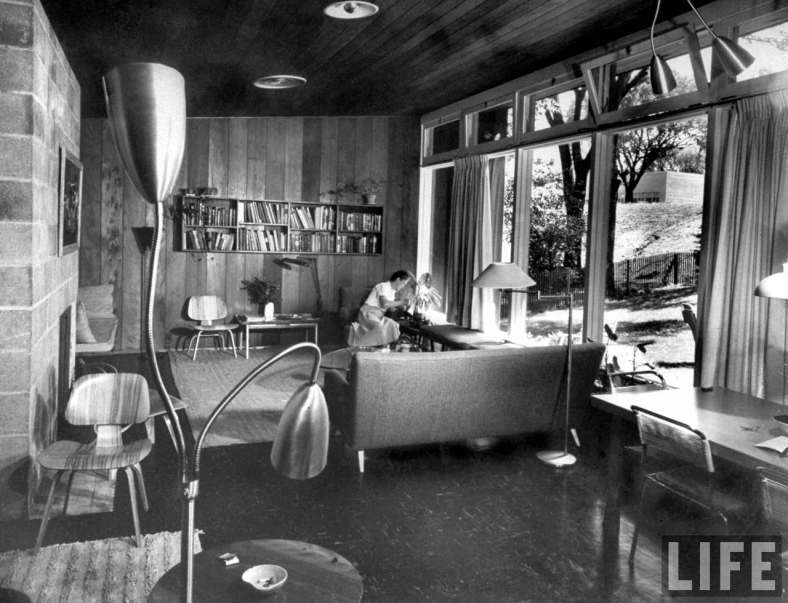 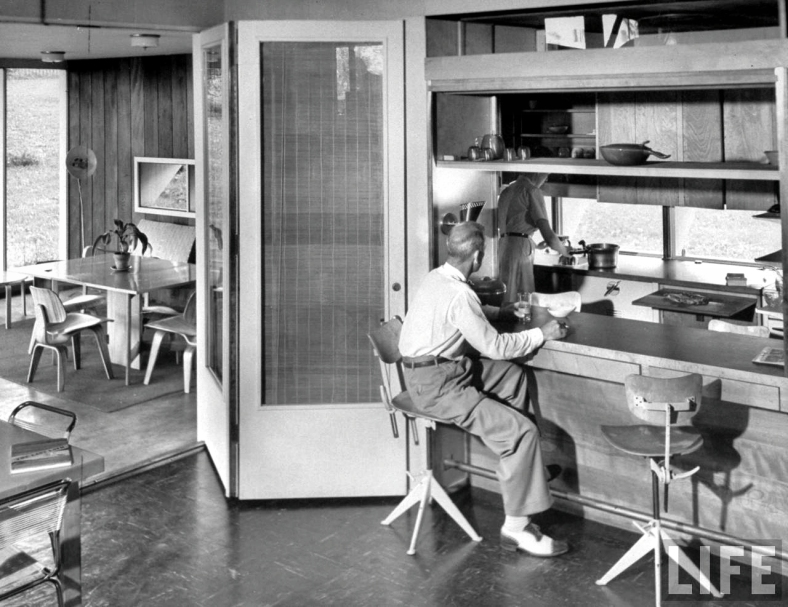 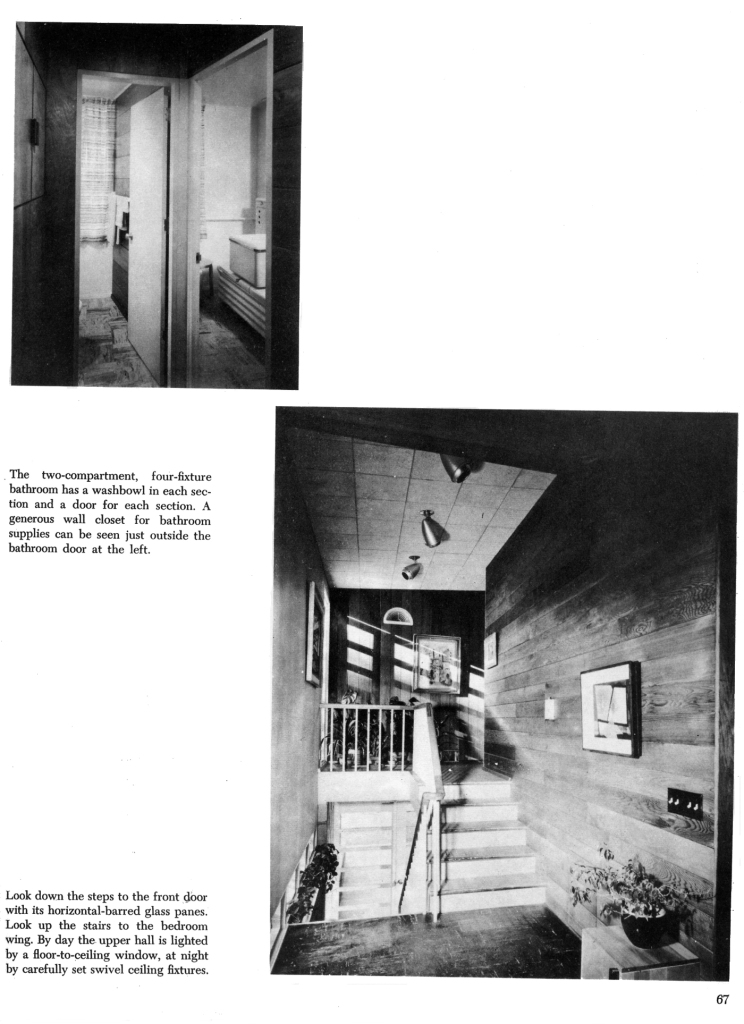 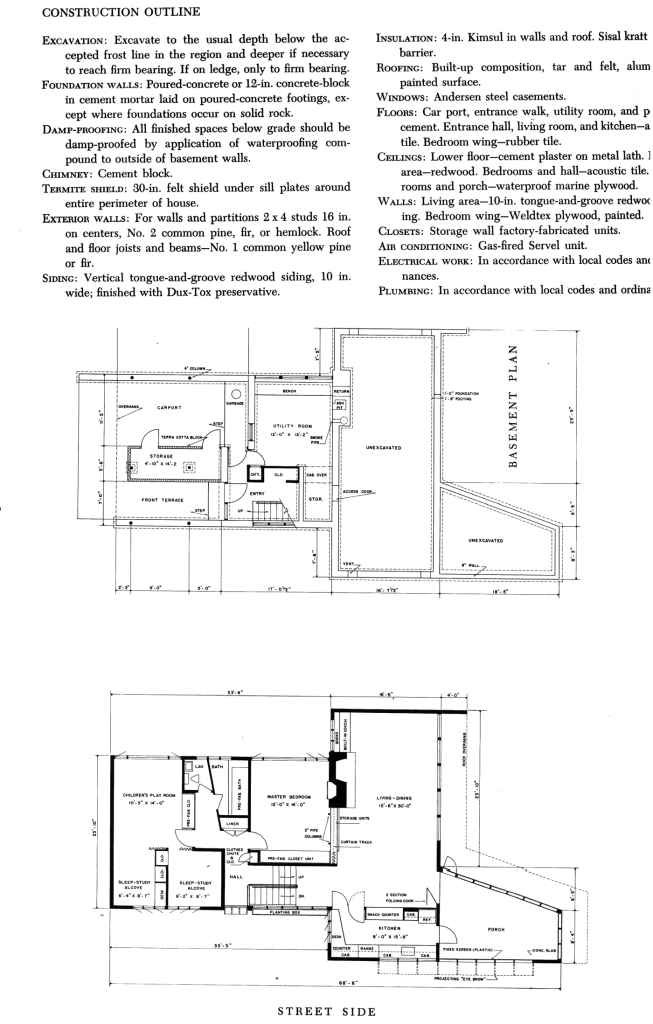 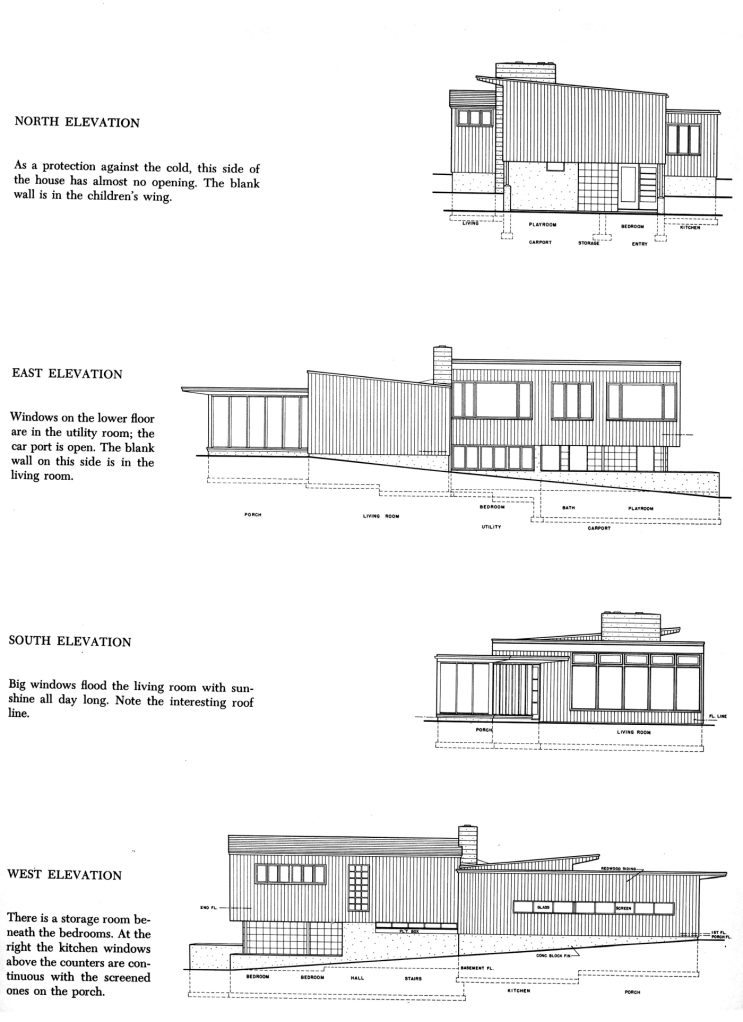 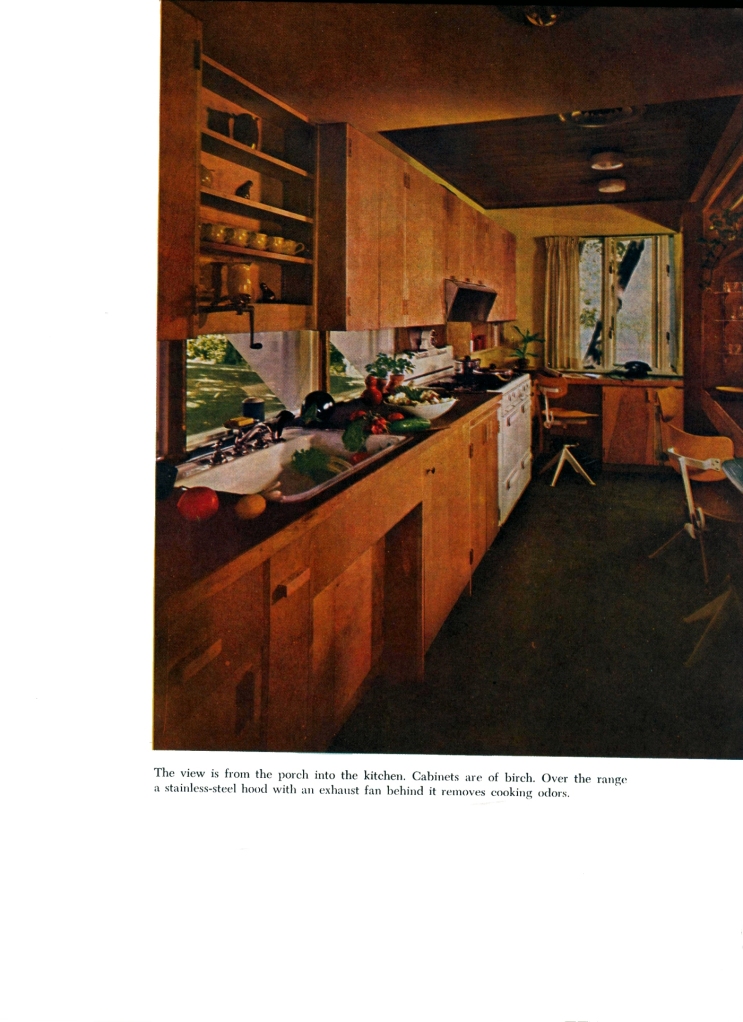